boutique market town of Reigate has it all.......

One of the most sought after locations in the South East, with great access to London and Gatwick airport. Reigate is a great place to live away from home if on a short term placement in Surrey, Sussex or indeed London.

easy living in our stunning apartments situated in Blackborough Road from just £625.00 per week.

equal distance from either Redhill or Reigate train stations our Reigate apartments are favoured by many local business's for staff coming into the area on working projects or for visiting family on vacation.

a little more about Reigate

a historic market town in Surrey, England, at the foot of the North Downs, and in the London commuter belt. It is one of the main constituents of the Borough of Reigate and Banstead. This part of Surrey including the adjacent town of Redhill is sometimes grouped together as part of the Gatwick Diamond, M23 corridor or Crawley Urban area however the area is interspersed with Metropolitan Green Belt land.

The town centre is, save for the castle, focused on Bell Street, leading south, and a long High Street/West Street conservation area with shops, cafés, bars and restaurants. Between the streets is a Morrisons  supermarket. The other central supermarket is an  M&S. Reigate has a tea room, independent toy shop and delicatessen.

The most popular park in Reigate is the Priory Park, adjoining Reigate Priory School and located south of the High Street and west of Bell Street. It has a recreation area for smaller children as well as football fields, tennis courts, a skatepark, woodland and large Priory Pond, draining over a small weir. Priory Park also has a café set in a building named 'The Pavilion', which also houses bulletin boards for the people of Reigate.

Reigate is also home to Pilgrim Brewery, which moved to its West Street address in 1984. It was the first new brewery to be established in Surrey for over a century and is well known for the quality and variety of beers brewed using the local water. 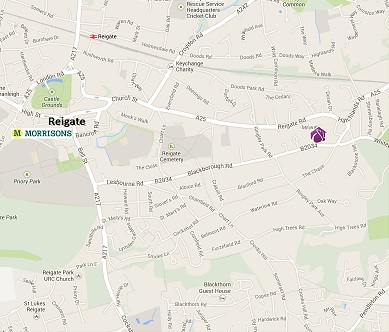 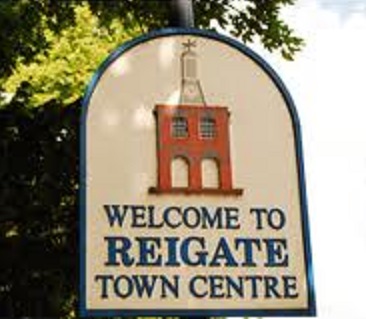 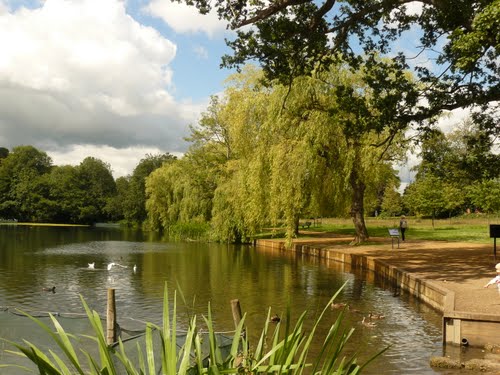 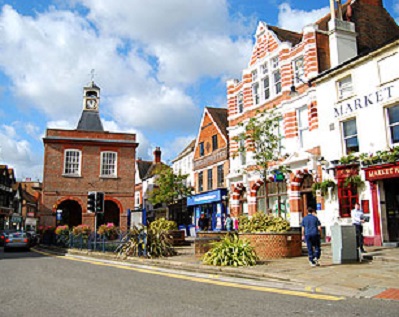 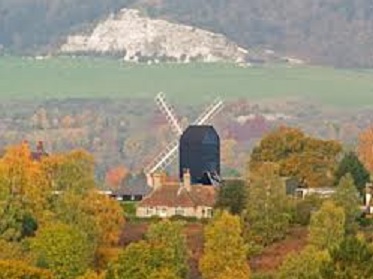